It seems to be mobile only right now based on the data I’m looking at and in some countries. I see it myself for India, but it could also work for these languages ​​Indonesian, Hindi, Kannada, Malayalam, Tamil and Telugu. Brodie Clark wrote “it’s good to see that Google is expanding the list of search appearance features in their documentation and that it’s now reflected in search results.”

Here is a screenshot of the new filter: 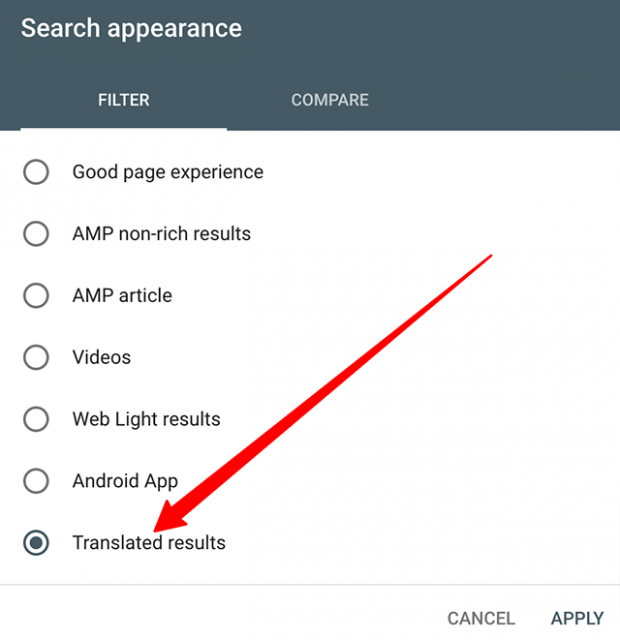 When you drill down it will show you data from May 2, 2022 and show you some of the queries, I see गूगल बर्थडे स्पिनर which is google birthday spinner and also श्री गूगल which is Mr. Google. I’m confused but this is what it is (click to enlarge): 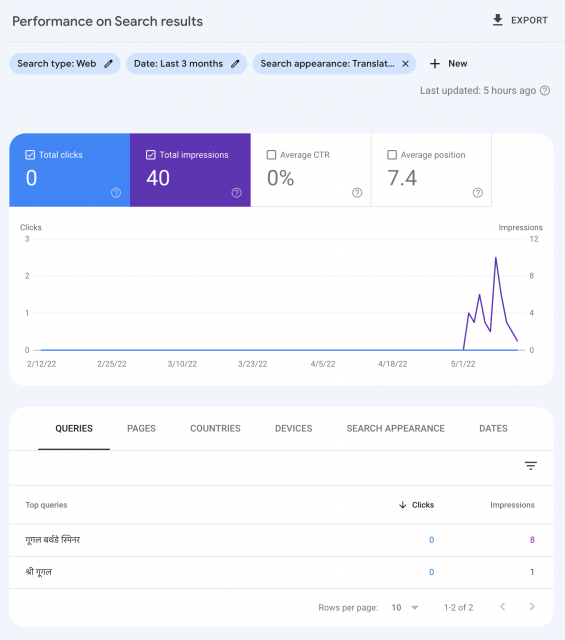 You can break it down by queries, pages, countries, devices, and dates like most of these performance reports:

As we covered last November, Google has released help documents on translated results and how they work, but I think this is the first time Google has shown it in Search Console.

Google said that with respect to translated search results, “Google may sometimes translate the title link and excerpt of a search result for results that are not in the language of the search query. A translated result is a Google search feature that allows users to display results from other languages ​​in their language, and can help publishers reach a wider audience. Translation is currently in these languages: Indonesian, Hindi, Kannada, Malayalam, Tamil, Telugu and is available on mobile devices with any browser that supports Google search.

Then, when a user clicks on the translated title link from Google search, Google says that “any subsequent user interaction with the page is through Google Translate, which will automatically translate all links followed.” This is when you need to make sure your ads, if on the page, work with Google Translate.

Nice catch Brodie. I see this appearing on 5/1 also on all sites. Checking the docs posted in November, there are only a few supported languages ​​I believe that only show up on mobile in the SERPs. Here’s a quick example: pic.twitter.com/oPahVDQYlY

For your information, you can export data through the GSC API for translated content. It appeared in the GSC interface as of 5/1 and I see it when exporting data through Analytics Edge. The searchAppearance field is TRANSLATED_RESULT. Just a fyi if you’re working with the API to bulk export data 🙂 pic.twitter.com/bqwFtmsc8Q

Here is the flow: 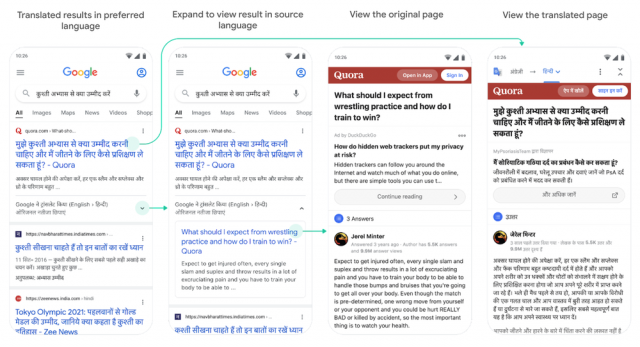 It’s just a bit more data that you can play around with and use to understand your users.

2 months ago Juan B. Morales